Installation of hydraulic baler for pressing cans in F. Bilehdhoo

This project was implemented by the NGO, Bilehdhoo Youth Generation of Faafu Atoll Bilehdhoo. During the visit to all islands in Faafu Atoll in 2014, AFTF visited this island.The island faces environment issues in disposing of garbage. Fenced area was constructed for the disposal of garbage from approximately 1248 people of the island community. Masses of cans, organic waste and solid waste was collected in this area. To reduce volume, whatever waste that could be burnt is burnt on iron beds near this area.

AFTF awarded this project in 2014 and under the project a hydraulic baler to press cans was donated to the island. The project got delayed because the NGO faced difficulties in getting electricity distribution to this area. It was planned that electricity would 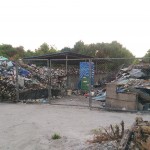 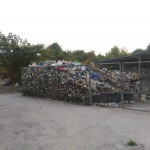 be provided to this area by the council to implement this project. But by the end of the year this task was not completed. AFTF donated a generator in January 2015 to solve this problem.