On November 1st 2015, AFTF signed an agreement with Ministry of Islamic Affairs, to donate 6 mosques in the Maldives. Among these were the mosques at L. Maamendhoo and R. Hulhudhuffaaru. AFTF awarded the contract to AIMA Construction to build the mosques.

For the mosque at R. Hulhudhuffaru, work commenced on 8th March 2015 and was fully completed on 23rd January 2016. The mosque at R. Hulhudhuffaaru will have the capacity to hold 500 people at a time and will become the main mosque of the island after its inauguration. The council has named the mosque “Masjidhul Thaqa’dhumi”. Hulhudhuffaaru has a population of around 1800 people. There are 2 mosques in the island. The council has named the new mosque Masjidhul Thaqa’dhumi and will use it as the main mosque in the island. 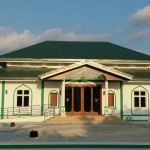 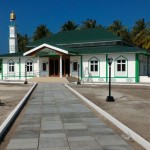 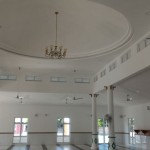 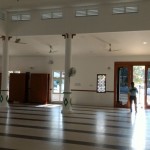 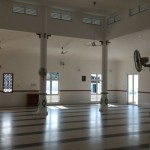 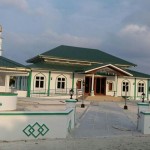 AFTF has been constantly donating for the betterment of mosques in the country. Among which the most notable is the mosque at HA. Uligamu, which was built to represent the old “Hukuru Miskiy” in Male’.