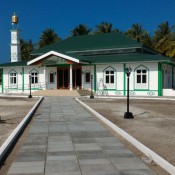 On November 1st 2015, AFTF signed an agreement with Ministry of Islamic Affairs, to donate 6 mosques in the Maldives. Among these were the mosques at L. Maamendhoo and R. Hulhudhuffaaru. AFTF awarded the contract to AIMA Construction to build the mosques. For the Mosque at L. Maamendhoo, work commenced on 30th November 2015, while the work was fully completed on 23rd January 2016. The mosque at L. Maamendhoo will have the capacity to hold 300 people at a time 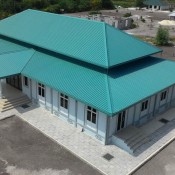 On November 1st 2015, AFTF signed an agreement with Ministry of Islamic Affairs, to donate 6 mosques in the Maldives. Among these was the mosque at Sh. Kanditheemu. AFTF awarded the contract to Altec Maldives to build the mosque. Work began with the land clearing work, which commenced on 22nd November 2015, while the main mosque work began in January 2016. Work was fully completed on 29th December 2016. The mosque at Sh. Kanditheemu will have the capacity to 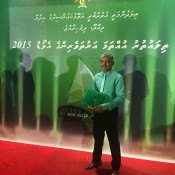 AFT Foundation was recently awarded the “Thila Uthuru Uhthama Arutha Veringe Award”, an esteemed award that glorifies the services and work provided by philanthropists for the development of HA Atoll of Maldives. The award was given on 27th November 2016, on a special event held at HA. Dhidhoo. AFTF has been constantly donating for the development of HA Atoll since 2009. In 2009, through the “Atoll Program”, AFTF funded for 39 projects. Funded areas included education, development projects, entertainment and 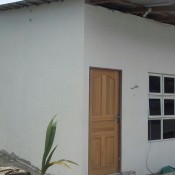 This project was proposed by the NGO, Mundoo Zuvaanunge Jamiyya (MZJ) of Laamu Mundoo. The NGO was facing a lot of difficulties as they did not have any office. Though the NGO was registered in 2003, they were not able to acquire an office due to funding issues. AFTF provided the necessary items for the construction of an office for MZJ. All work was carried out by a contractor hired by the NGO. Work began with delivery of items donated